What Is Headless Mode On A Drone 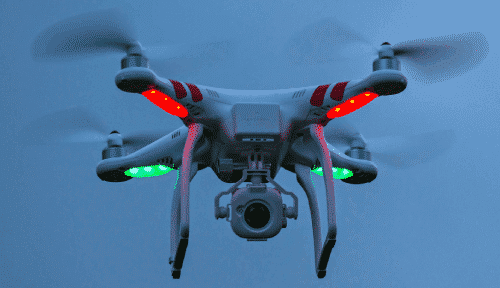 In this article, I will be telling you guys about what the headless mode on a drone is, what it does and what are its pros and cons. So, without wasting much more time, let us tackle the question.

What is headless mode on a drone?

The “headless mode” is a useful trick when you use FPV Goggles for flying drone and this mode present on almost all drones that you can get. It may be called something different; that part varies from drone to drone. Unlike in a normal, ordinary vehicle that most of us are familiar with, like a bike or a car, the orientation of them is very easy to determine.

Where the headlights face, that part is the front. With drones though, it can be a bit tough to determine. That is why the creators have put in this “headless mode” which eliminates the need for always keeping in mind the orientation of your drone. Awesome, right? Indeed. That brings the question though, how does it work?

How does it work? 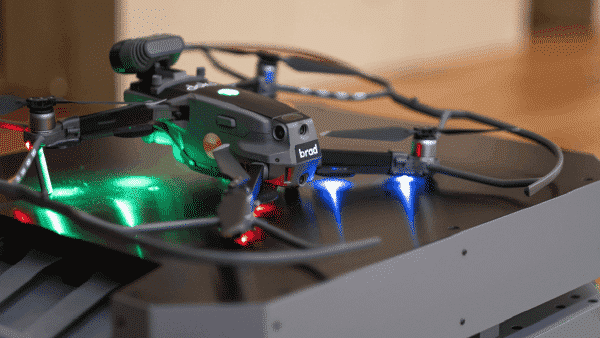 A workable solution, as long as the drone is within reasonable viewing angles and is in your line of sight. Unless you have the best vision, over a distance, these lights do not work well. That is where the headless mode comes in.

Headless mode helps the drone to remember its orientation from the moment it takes off. This way, it will change its position relative to your point of view and not it’s own. Let me give you an example:

Image if a drone takes off and does not have the headless mode on. Well, if you spin it towards you, its orientation changes. Now, if it started off facing the opposite sides, the movements instructions you give it will be mirrored. So, if you press left, it will go right. 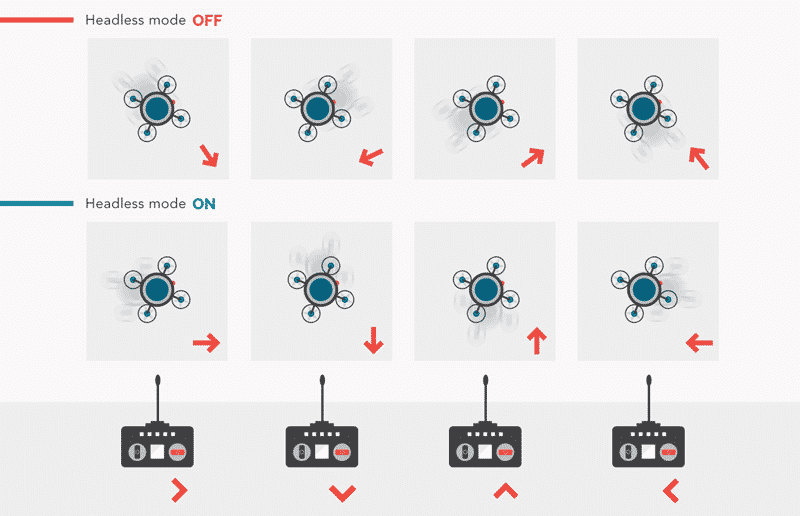 This is a fantastic ease-of-life feature, not only for those that are new to flying drones but also for professional. Sometimes, you just want to focus on shooting videos and capturing pictures, not worrying about the orientation of your drone or accidentally hitting something because of inverted controls. Seriously, no one even uses inverted controls in video games, why would anyone want that in real life while flying an expensive piece of technology?

How to activate headless mode?

Okay. so, unfortunately, there is no universal answer to this question. Activating the headless mode is different for most drones, varying from one manufacturer to another. However, for the most part, there is going to be a button there in order to activate it. If pressing it did not work, try a long press. If that does not do the trick either, you might want to go through the manual. 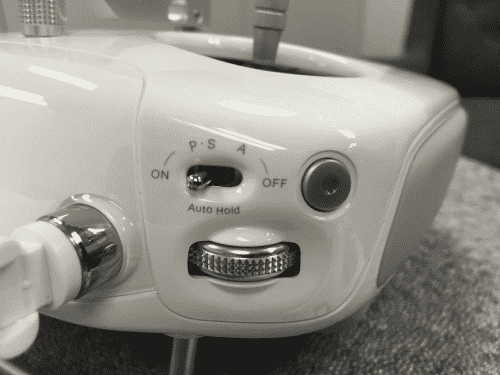 Pros of activating the headless mode on a drone

Just like with most things, there is going to be a give and take here. Let us be positive and start with the pros first.

The headless mode is an extremely useful, inbuilt feature that is found in most good drones. As we discussed above, it can be a bit tough to determine what is “the front side” of a quadcopter. That is why beginners might find them a bit tough to control and, well, overall just focus on making sure they do not hit anything or anyone instead of enjoying the experience.

The LED lights that companies add to their UAVs certainly does help somewhat and also gives it a cool look but its not a viable solution always. The headless mode completely takes away that worry and you can enjoy the flying experience, clicking pictures and shooting videos how you want.

Weather conditions or tight spaces are a big complication for drones. You want and need to be able to control them perfectly in those situations to avoid losing it or damaging it or something else. You do not want your drone going forward when you want it to come back when a storm is hitting that is why this headless mode is an extremely useful ability.

Cons of the headless mode on a drone

Aside from the fact that purists are going to make fun of you, driving your drone in this mode will hinder your ability to fly it in different modes. For example, if you are used to only flying in when the headless mode is activated, you are going to struggle when flying in FPV mode, the most common flying mode. So, I suggest also learning how to fly a drone is FPV or standard mode.

Reliability is not 100% with this mode. The thing is a computer-controlled mode so things like electromagnetic interference (EMI) can mess with it. So, be careful while flying your drone over EMI emitting infrastructures like power lines, Mobile towers, TV towers etc.

Now you know what is headless mode on a drone. It is quite a useful technology which is thankfully inbuilt so you do not have to pay extra for it. Purists call it cheating and “flying on easy mode” but well, sometimes you do want to fly on easy mode.

Sometimes, you just want to focus on having some fun, flying your drone around and getting some beautiful looking shots without having to manoeuvre it like you are competing in a race somewhere. Do not listen to people, enjoy your experience and keep in mind the EMI(lol) Thank you for reading.

How To Update BIOS Without CPU

How To Underclock GPU (Simple Guide)

How To Test A Motherboard In Different Ways

Stefan is a software engineer who graduated from Carnegie Mellon University in 2016 and currently living in San Francisco, California. He works in the leading media software industry who is quite an expert in computer manufacturing, systems development, imaging software and document management systems, and consulting. He is so passionate about computers, sports and photography and shares his knowledge by reviewing products at Yournabe.